The East Division Inter County Qualifier 2019 was held between 1st and 3rd July at Ladybank GC, Fife.  The event as always was well contested, held under fine, dry weather, between the 4 Counties - East Lothian, Fife, Midlothian and Stirling & Clackmannan.  Sincere thanks are extended to Fife County Ladies as host to the event and to Ladybank GC for the courtesy of their course. 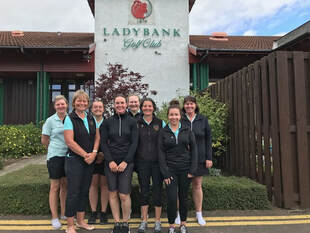 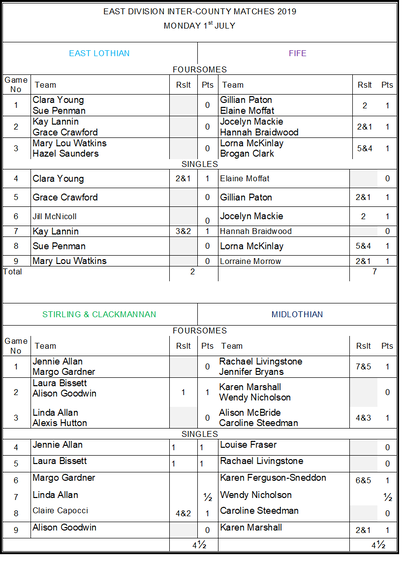 Day 1
​
Congratulations to the Stirling & Clackmannan team on today's play at Ladybank GC on a bright but breezy day.  The morning foursomes saw some tightly contested play against Midlothian, current defending Champions of the Jamboree, eventually winning two of the three matches.  This left everything to play for in the afternoon singles.

The 6 singles games turned out to be an exciting affair with Stirling & Clackmannan winning 3 1/2 to
2 1/2.  This was a great achievement against Midlothian with an eventual outcome of a tied match at 4 1/2 points each.  Many thanks to all who came along to support the team.  It was very much appreciated. 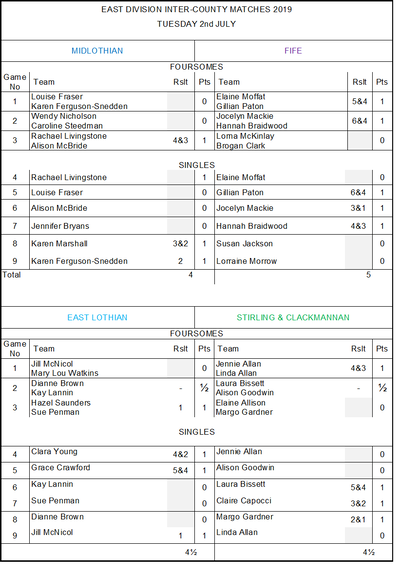 Day 2
​
Day 2 at Ladybank saw another tight affair v East Lothian.  The morning foursomes were all keenly contested and finished 1 1/2 to 1 1/2 with 2 of the 3 matches going to the 18th hole.

The afternoon singles followed the same pattern as the morning foursomes with each team winning 3 matches and therefore halving the match 4 1/2 to 4 1/2.  Many thanks to everyone who came along to support the team.  As always, it was much appreciated. 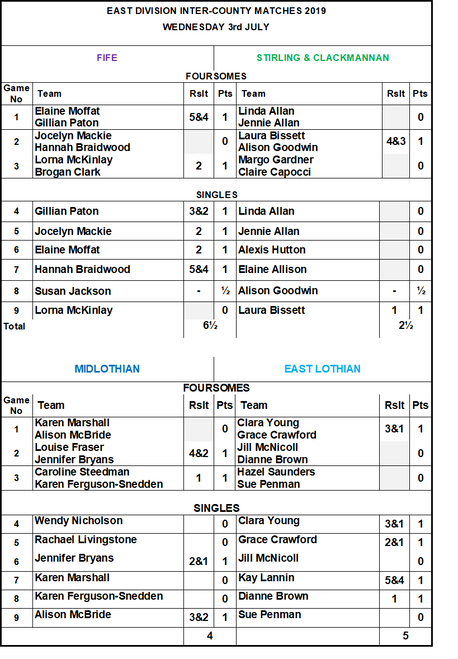 The final day was played in glorious sunshine. The morning foresomes resulted in a 2-1 lose meaning we had it all to do in the afternoon. Unfortunately Fife won the singles matches
4 1/2 to 1 1/2 but this doesn’t reflect the closeness of the matches with 4 of the matches going down the 18th. The overall result was
6 1/2 to 2 1/2 which meant a victory for Fife who will now represent the East Division at Peebles in the Scottish Finals. We wish Fife the very best of luck and thank them and Ladybank GC for their fantastic hospitality throughout the whole jamboree. It goes without saying that our caddies and supporters were outstanding and were greatly appreciated.